The golf course is a haven of relaxation and fun for all ages.  But even amid the peace and majesty one may experience at any given hole, there is plenty of frustration and disappointment to be had—and not just the kind that results from a recurring slice.  Golf courses and golfers often find themselves embroiled in various types of litigation, ranging from personal injury and property damage to contractual disputes.  Below is a series of cases in which golf balls play a starring role.

Have you ever wondered just how much trouble you can get into for hitting someone with an errant shot?  The 1972 case Wood v. Postelthwaite[1] firmly established some important duties of which everyone who ventures onto a course should be aware.  All golfers owe a legal duty to warn others who are in the potential line of flight or the intended landing zone of their shot (“the Zone of Danger”).  However, that duty does not extend to warning people who are outside the Zone of Danger, nor does it always extend to warning those who know they are in the Zone of Danger.  Every person on a golf course must exercise reasonable and ordinary care to protect both themselves and others.

In 1967, Sam Wood and Richard Postelthwaite were part of the same foursome playing on the Snohomish Golf Course.  All four of the golfers teed off on the ninth hole, and each landed in a different area.  The shortest drive came from Postelthwaite, and therefore he was the first to reach his ball, arriving while Wood and the others were walking down the edge of the fairway.  Postelthwaite addressed his ball and hit it in the direction of the green.  He claims that he called “Fore!” but the other three golfers testified that they did not hear him.  As the ball traveled toward the green, it suddenly sliced and headed toward Wood like a missile seeking a target.  Postelthwaite called “Fore!” again and this time Wood heard him but did not attempt to dodge out of the way.  Instead, Wood turned back toward Postelthwaite and took the ball in his eye.

The jury ruled in favor of Postelthwaite, but the Court of Appeals ordered a new trial, finding that the jury did not receive sufficient instructions on the duties of golfers toward each other.  The Wood v. Postelthwaite decision is fascinating reading for anyone who needs even more motivation to improve the accuracy of their swing.

If you’ve ever felt guilty about bouncing a golf ball of the side of someone’s house, this case will appeal to you.  The plaintiff, Mr. Yemel’Yanov, purchased a home that sits near a municipal golf course in Spokane.  After moving in, he found that his house was pummeled with golf balls daily.  It was so bad, according to him, that his family could not utilize their backyard for fear of getting hit.  He sued the seller of the home and the seller’s real estate agent for not disclosing the dangers associated with the golf balls.

The lawsuit was dismissed by the trial court and the dismissal was upheld on appeal.  The courts concluded that someone who purchases a home abutting a golf course is on notice that it might be affected by poorly aimed golf balls.  There is no need for the seller to point out the obvious drawbacks of living next to a golf course.  At the very least, it is incumbent on the potential buyer to investigate the situation and determine the extent of the potential danger and resulting damage.  A buyer who fails to conduct such an investigation has no right to sue when the extent of the interference from the golfers turns out to be more than anticipated.

The next time you hook a shot and it inadvertently ends up in some poor soul’s backyard, do not trouble yourself: they knew what they were signing up for when they bought the place.  That said, you should still do your best to keep the ball in play.  Intentional acts can always be held against you, so if you’re aiming for a window then expect to face the consequences.  And if you think this ends the analysis concerning backyard golf balls, then I encourage you to read about the third and final case in this article.

There is a golf course in Spokane called Indian Canyon.  It has been owned and operated by the City of Spokane since the 1930s.  The Episcopal Diocese of Spokane owned a big tract of land adjacent to the course and donated some of that land to the City for use as a driving range.  The Diocese retained ownership of the land at the end of the driving range, some of which was considered the driving range rough (“the Rough”).

In 1996, the Diocese sold the Rough to developers, who in turn decided to subdivide it into five lots and build duplexes.  During construction, the developers noticed that two of the lots received quite a few golf balls from the driving range and some windows were damaged.  The Developers wanted the City to take action, such as putting up protective netting to prevent golf balls from reaching the lots in the Rough, but the parties could not come to an agreement.

In 1998, the City and the Developers sued each other.  The City sought a ruling from the court that it had established a prescriptive easement over the Rough through its decades of operation of the driving range.  A prescriptive easement is the right to sue another’s property for a specific purpose that arises after 10 or more years of continued, uninterrupted use.  In return, the Developers claimed that the city had engaged in inverse condemnation and should have to pay for the diminution in value of the lots in the Rough.  Inverse condemnation is a term describing an action alleging a governmental taking, brought to recover the value of the property, appropriated in fact, but with no formal exercise of power.

The trial court ruled, and the Court of Appeals agreed, that the City had not acquired a prescriptive easement over the Rough.  Instead, the City inversely condemned the lots in the Rough and owed the Developers for the market value of the two lots ($31,000 each).  This is a very curious case, as it seems to completely ignore the fact that the Developers unquestionably understood the risk of golf balls from the driving range and purchased the properties anyway.  Regardless, this is an important case to keep in mind if you own a golf course or if you plan to develop property near a golf course.

To learn more about the various types of litigation, ranging from personal injury and property damage to contractual disputes, please contact Beresford Booth at info@beresfordlaw.com or by phone at (425) 776-4100. 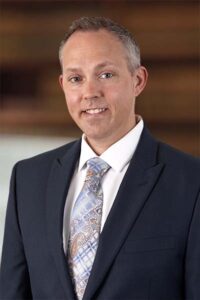