What is an Integration Clause?

In my most recent blog post, I discussed indemnification, one of many regularly seen provisions found in numerous types of contracts notwithstanding their diversity of subject matter. While parties may or may not negotiate indemnification provisions into their agreement, so-called “boilerplate” clauses find home in contracts with even greater frequency, and concerningly, often without due consideration from the parties who write them into their agreements.

One such “boilerplate” provision is the “integration” clause, which has significant ramifications that parties should understand before they execute a contract. Integration clauses essentially state that the terms of the contract express the final and complete agreement between the parties. Typically, they go on to further state that the contract’s express terms supersede any prior or contemporaneous oral or written understanding between the parties. Further, integration clauses will often require that the parties only modify the contract by subsequent written agreement, and will often demand that any such writing include signature by both parties.

The attraction of an integration clause is self-evident. It ensures that the parties have a formal and complete understanding of their contractual arrangement – that they have written down all terms expressly in the documented agreement itself. It similarly prevents one party from attempting to rely upon discussions outside of the express documented agreement in order to improve their own standing in the relationship between the parties.

This seems simple enough, but integration clauses unsurprisingly have necessitated judicial rulings to set the rules for enforcement. Washington Courts generally interpret contracts in accordance with the “context rule”, which permits extrinsic evidence outside of the written contractual terms to shed light on the parties’ intent when they formed the contract. While on first blush this may beg the question of what use the integration clause serves if the courts will look beyond the terms of the contract itself to interpret intent anyway, further review quickly reveals that the integration clause still holds significant value.

While the context rule may allow evidence outside the contract to help interpret the terms of the contract, an integration clause will limit analysis to the four corners of the written document. In other words, when utilizing the context rule to interpret the contract, Washington Courts will use extrinsic evidence only to interpret the language actually contained in the document itself. Where there is no integration clause, however, the courts may rely upon evidence outside of the contract’s written terms to actually supplement those written terms. This means that discussions, written or even oral, could affect or supplement the terms of the contract itself, rather than merely informing the interpretation of any ambiguities in what has been documented as a final expression of the parties.

Despite being a “boilerplate” provision, integration clauses have significant power. Parties entering into a contract with an integration clause must ensure that they have expressly included all the essential terms into the contractual document itself. Further, while they can rest assure that an integration clause will help to keep analysis to the four corners of the contract, they still must exercise due care in their negotiations and conduct to ensure that the courts do not glean some adverse intent to interpret ambiguities in the written words. As we all know, words can sometimes be vague and require interpretation no matter how careful we are.

Finally, while an integration clause may limit enforcement of the contract to its written terms, this does not protect parties from other causes of action that rest outside of contract law. For example, a tort such as fraud in the inducement will result in a court reviewing the conduct of the parties to determine whether one party induced the other into entering into the contract through fraud. The written terms of the contract, in such circumstances, may not protect the parties from liability if someone has acted fraudulently.

Nonetheless, an integration clause can help keep parties protected from unwelcome surprises down the road, and parties should carefully consider each provision that they write into their contracts before signing off.

The attorneys at Beresford Booth PLLC have significant experience in contract formation, interpretation, and enforcement across a wide variety of subjects, and have negotiated and litigated matters pertaining to integration clauses.

If you need assistance with any contractual issues, please do not hesitate to contact us at info@beresfordlaw.com or by phone (425) 776-4100 for assistance. 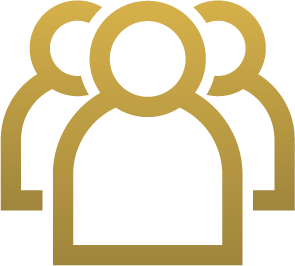