Just Because Oral Agreements Are Allowed, Does Not Mean You Should Use Them 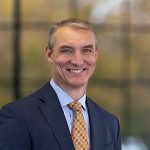 In Washington, partnerships may be formed without a written agreement.  In 2016, Washington amended its LLC Act (RCW 25.15 et seq.) to allow oral LLC agreements. However, just because you can have oral partnership and LLC agreements does not mean you should—this is the lesson learned from the recent Washington Court of Appeals case, Samra v. Singh, No. 80582-7-I, 2020 WL 6395515 (Wash. Ct. App. Nov. 2, 2020).

Narinder and Harminder Samra (the “Samras”) formed a partnership with Pritpal Singh, Gurbaksh Kaur, and Bhupinder Chokar to buy certain real property known as the “Roseburg Project,” develop it, and sell it for a profit. The partnership did not have a written partnership agreement, nor did the partners file a statement of partnership authority with the Secretary of State.

The partnership purchased the Roseburg Project in 2007.  Pritpal, Bhupinder, and the Samras contributed cash for two-thirds of the purchase price, while the Samras obtained a loan to cover the remaining third. Interestingly, Bhupinder’s contribution came directly from a gift from Kulwant Singh. It was unclear as to whether Kulwant’s gift to Bhupinder also made Kulwant a partner.

The confusion as to Kulwant’s status as a partner did not end there. The Samras and Kulwant obtained a joint bank account to maintain the partnership’s funds. Also, a 2008 “partnership meeting” included a list of all the partners with their respective interests. Kulwant’s name was on the list, but the list stated his interest as “N/A.”

In 2009, the payments on the loan for the Roseburg Project ceased causing in a default on the loan. As a result, the Samras decided they wanted out of the partnership. They notified all the partners of their desires and requested a buyout in a written Redemption Agreement. The other partners refused. Significantly, the Samras did not contact Kulwant, nor was his name on the Redemption Agreement listing him as a partner.

In 2016, foreclosure ensued on the Roseburg Project as a result of the 2009 default. At the foreclosure sale, Kulwant purchased the property for nearly 25% of the partnership’s original purchase price.

While the evidence was clear that a partnership existed between the Samras, Pritpal, and Bhupinder, the evidence was murky at best as to Kulwant’s status as a partner. If the Samras could prove Kulwant was a partner, they may be able to succeed on their breach of fiduciary duty claims as a result of Kulwant’s purchase of the Roseburg Project.

Ultimately, the court concluded Kulwant was not a partner. The court found that Kulwant did not share in the Roseburg Project’s profits and losses, nor did Kulwant have any right to control the project. Furthermore, in both the two written documents discussed naming each partner, Kulwant was either not allocated any partnership interest (the 2008 list) or not named a partner (the Redemption Agreement).

In light of this determination, Kulwant did not owe fiduciary duties. As a result, any fiduciary duty claims the Samras had against Kulwant arising out of his purchase of the Roseburg Project at the trustee sale were dismissed.

I regularly counsel clients who are partners in an oral partnership or members of an LLC with no written operating agreement. I frequently review “evidence” of partnership or membership in the form of emails and tax returns—hardly a solid foundation to establish the existence of a business relationship.   Unfortunately, for those without written agreements (whether partnership, LLC, or otherwise), resolving such disputes are some of the most expensive and time-consuming resolutions one can undertake.  They require time and money to ascertain the realities of agreements that were never formalized on paper. As with Samra, you have to struggle through every step of the process, including the most basic step: identifying the partners/members.

There is a simple resolution to some of these problems: a well-written partnership agreement or operating agreement. Such agreements are beneficial for a near infinite amount of reasons with perhaps the chief reason being the agreement eliminates some uncertainty by naming all of the partners or members. A well-drafted agreement can avoid the issues faced in Samra.