Due Process Rights to Parent Children – Perpetrators of Sexual Assault

Recently, the Washington State Court of Appeals released an opinion on whether a parent has a constitutional due process right to parent a child born as a result of their sexual assault. In this post, I will elaborate upon the case and the court’s holding.

In the Matter of the Parentage of: R.V. – The Facts

In this case, the alleged father (herein referred to as “AF”) filed a petition to determine the parentage of a child, R.V., asserting that he was the child’s father. In response, R.V.’s birth mother (“BM”) filed an allegation of sexual assault, claiming R.V. was born as a result of sexual assault by AF. BM requested that AF be denied parental rights under RCW 26.26A.465, which precludes establishment of parentage by a perpetrator of sexual assault. See In the Matter of the Parentage of R.V., 511 P.3d 148, 151 (Wash. Ct. App. 2022).

After a fact-finding hearing, the trial court found that R.V. was born resultant to AF’s sexual assault of BM because, “[s]exual assault” is defined as “nonconsensual sexual penetration that results in pregnancy.” RCW 26.26A.465(1). Furthermore, R.V. was born within 320 days of the sexual assault, as required by RCW 26.26A.465(6). Therefore, the trial court found that AF did not have parental rights with regard to R.V. AF appealed.

In the Matter of the Parentage of R.V. – The Takeaway

The Washington State Division II Court of Appeals affirmed the trial courts holding that R.V. was born as a result of AF’s sexual assault of BM. Furthermore, the Court held that “perpetrators of sexual assault have no fundamental due process rights to parent children born as a result and are not similarly situated to established parents for the purposes of the equal protection analysis.” Importantly, the court cited Lehr, stating “[t]he fundamental right to parent is not necessarily inherent in the fact of a biological relationship.” See Lehr v. Robertson, 463 U.S. 248, 261, 103 S. Ct. 2985, 77 L. Ed. 2d 614 (1983).

The court continued, now quoting Mattox, “[a]lthough the Supreme Court and Washington courts have never addressed the precise issue of whether a sexual assault perpetrator has the same rights as other parents, the Seventh Circuit Court of Appeals has interpreted the Lehr decision to mean that where a person commits a sexual assault that results in the birth of a child, the person does not acquire a fundamental right to parent that child.” See Peña v. Mattox, 84 F.3d 894, 899-900 (7th Cir. 1996). The court concluded, “[w]hile the sexual assault perpetrator may acquire constitutional rights, they are not the rights of parenthood; rather the perpetrator merely acquires ‘the procedural rights that the Constitution confers on criminal defendants.’” See Id.

Critically, the court held that perpetrators of sexual assault are not similarly situated as to established parents for the purposes of the equal protection analysis. Therefore, RCW 26.26A.465 is subject to rational basis review, of which the statute survives.

Perpetrators of sexual assault are not rewarded with the same parental rights as other parents in Washington State, and have no fundamental right to parent that child in this new ruling by the Washington State Court of Appeals. For any and all questions regarding parentage, email us at info@beresfordlaw.com or give me a call at (425) 776-4100. 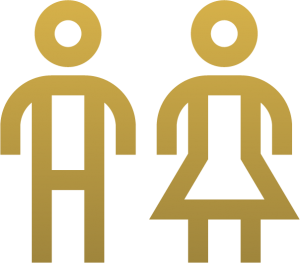